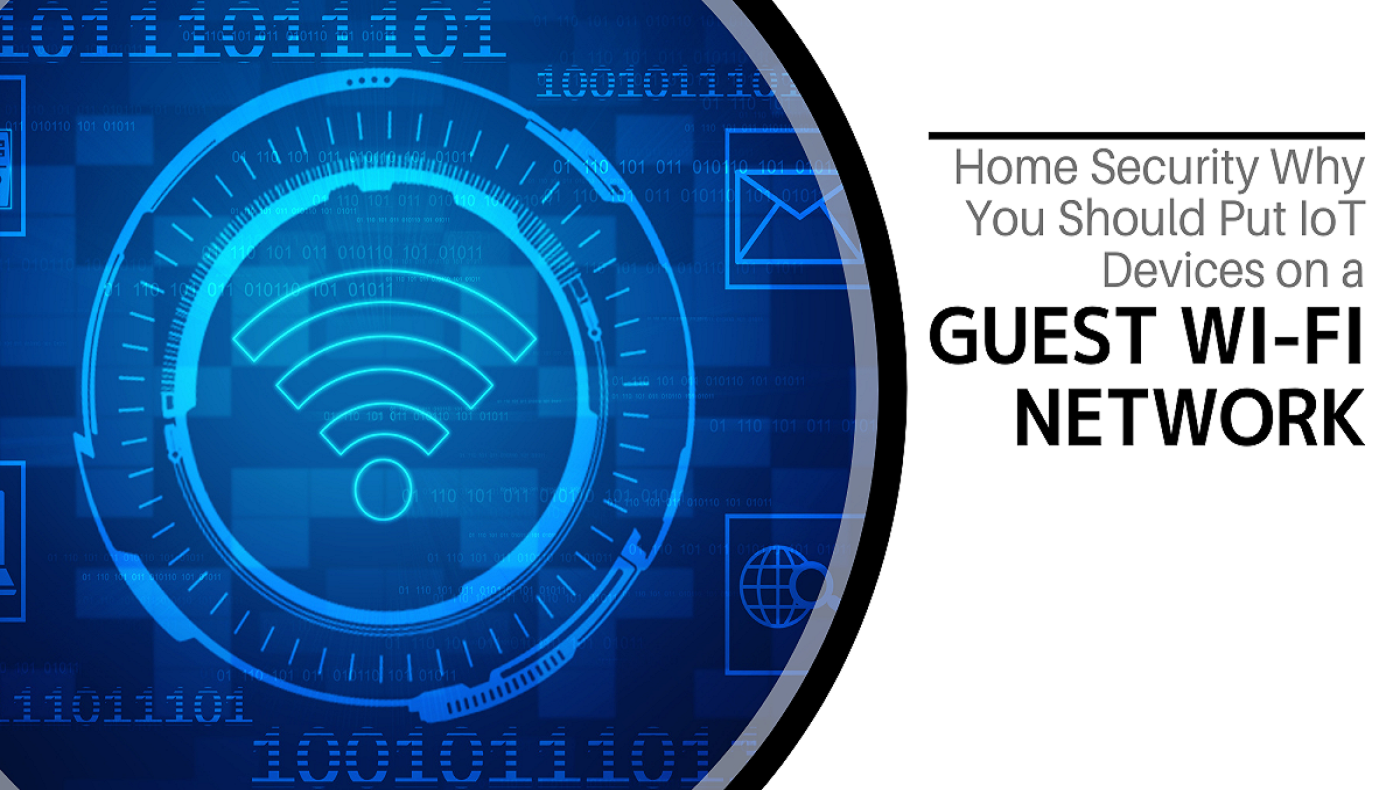 « What is Smishing?
Microsoft 365 and Hybrid Office »

Home Security: Why You Should Put IoT Devices on a Guest Wi-Fi Network

The number of internet-connected devices in homes has been growing. It’s increased exponentially over the last decade. A typical home now has 10.37 devices connected to the internet. PCs and mobile devices make up a little over half of those and the rest are IoT devices.

IoT stands for Internet of Things. It means any other type of “smart device” that connects online. IoT devices in a home can be everything from your streaming stick to your smart refrigerator. Smart baby monitors and Alexa voice assistants are also IoT.

There’s also been another change that has happened over the last couple of years. It has been the increase in remote and hybrid work. The pandemic caused a major shift in where we work, turning the standard office paradigm on its head.

Now, working remotely has become the norm for many companies around the world. This has put increased scrutiny on the security of all those IoT devices. They are now sharing a Wi-Fi network with business data and devices.

Here are two alarming statistics that illustrate the issue with IoT security:

During the first six months of 2021, the number of IoT cyberattacks was up by 135% over the prior year.
It’s estimated that over 25% of cyberattacks against businesses involve IoT devices

Hackers Use IoT Devices to Get to Computers & Smartphones

Smart devices are a risk to any other device on a network. They are typically easier to breach. So, hackers will use them as a gateway into more sensitive devices.

A criminal may not care about the shopping list stored in your smart refrigerator. But they’ll breach that IoT device to see what other devices are on the same network.

The hacker can then use sharing and permissions that are often present on home networks. Through these, they gain access to your work computer or mobile device. These devices hold important data, and access to personal details.

Why are IoT devices less secure than computers and smartphones? Here are a few reasons:

mprove Security by Putting IoT on a Separate Wi-Fi Network

Just about all modern routers will have the ability to set up a second Wi-Fi network, called a “guest network.” This shows up when you connect to Wi-Fi as a separate Wi-Fi that a device can use to get online.
Separate Wi-Fi

By putting all your IoT devices on a separate network you improve security. You cut that bridge that hackers use to go from an IoT device to another device on the same network. Such as those that hold sensitive information (computers and mobile devices).

In fact, when you separate those two (IoT devices and sensitive-info devices) a hacker can’t see all. If they breach one of your smart devices, they can’t tell you have a PC or smartphone. This is because they’re on the other network.

This is an important layer of security to use. Whether you’re a remote worker or use your computer for home budgeting and banking, it can help. All PCs and smartphones usually contain access to online banking or personal information.

Here are the steps to take to separate your IoT devices. (Note, you can also have this done by us, we’ll be happy to handle all these steps for you.)

Step 1: Log into your router settings.
Step 2: Look for an area that allows you to set up a guest network. This will be different for each router, so you may need to access a help guide online.
Step 3: Set up the guest network according to the router prompts. Make sure to use a strong password.
Step 4: Edit the password for your existing network. This keeps IoT devices from automatically reconnecting to it.
Step 5: Connect all IoT devices in your home to the new guest network.
Step 6: Reconnect your sensitive devices (computers, smartphones) to the preexisting network. Use the new password.

As you add any new devices to your home network, make sure to connect them to the appropriate network. This keeps the layer of security effective.

One more tip: When naming your Wi-Fi networks, don’t use descriptive names. This includes things like “IoT network” or your name, address, or router model name.

It’s best to use names that won’t give the hackers valuable information they can use in attacks.

We, at Dual Layer IT Solutions Ltd put lots of emphasis on security for our clientele and acquaintances and provide custom built security services and safe practices training.

Article used with permission from The technology Press.